Choosing a platform to digitize your learning process: mobile app or web? 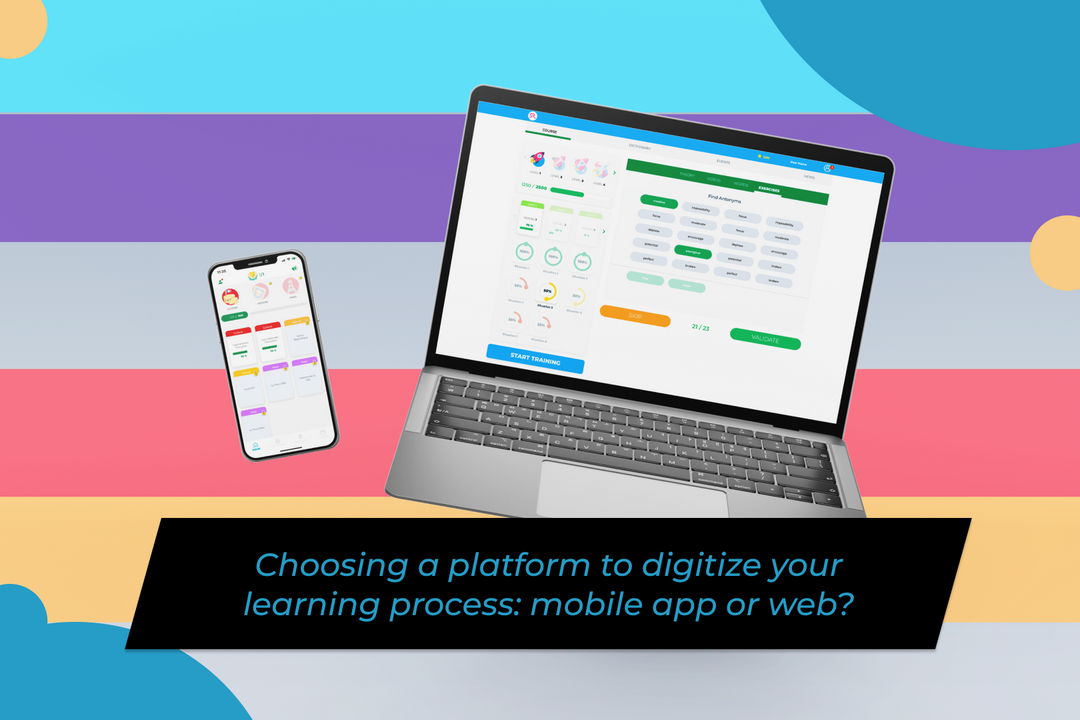 The history of the creation of the SkillzRun e-learning platform is closely tied to this question. That’s why we wanted to share some of what we learned, in case you are trying to choose an online solution or are currently developing one of your own.

Before creating SkillzRun, in 2014 we had the experience of creating a web platform (LMS) for a Parisian linguistic school as an external web studio.

The client’s goal was to create a web LMS system to use as a blended learning tool (a mix between online and offline education). They needed a traditional structure with topics and lessons which required the integration of h5p type exercises (https://h5p.org/) and Learndash.

The UI/UX was developed using the journey of a character Samy through different levels, topics and lessons. 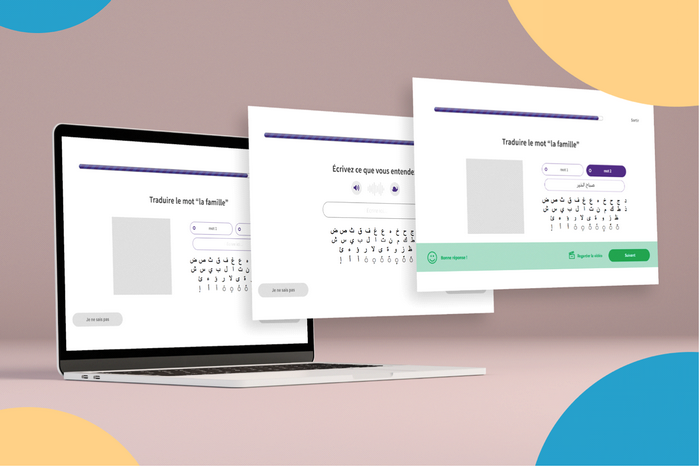 During the development stage we have received new requests for features, so the platform became more functional, and the mobile version became more and more complex to support.
Initially, the visualisation of all e-learning platform features on a mobile phone screen is quite a challenge. Therefore, when it comes to an even more complex and dynamic functionality, which is displayed differently on the laptop and phone screen, usually the functionality is being cut, simplified or even hidden. Or, for example, the push notification feature may be completely unavailable in browsers (obviously a negative point compared to the possibilities of push messages sent from the mobile app).

Meanwhile, the number of students using the platform on their mobile phones constantly increased, exceeding 60% by 2016.

We must admit that neither we as developers nor the client saw the problems coming in the overloaded mobile version. Here we realized the clear need to create the mobile app, which would resolve all the issues associated with the web version and ensure user-friendly and ergonomic usage of the platform on mobile phones, instead of a limited version of the web platform. 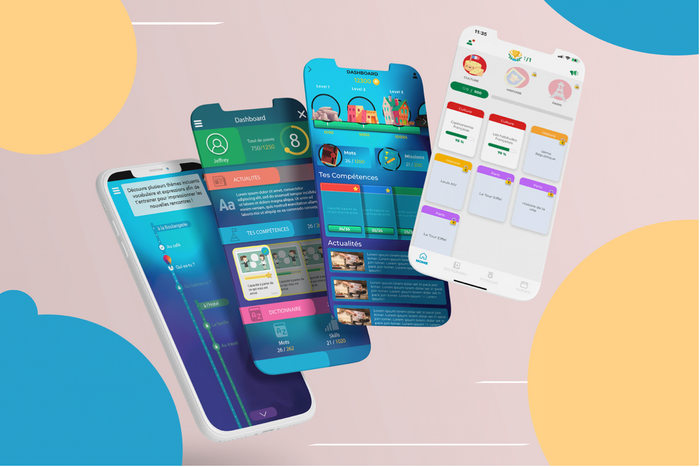 Nevertheless, we understood that there were some functionalities that just couldn’t be fully adapted to the mobile app. For example, long documents or exercises that require long written answers, As well, some users would require a web version if they didn’t have a smartphone.

One more important point was the flexibility of the administration part of the platform. When the administration panel (which was not initially properly built) meets the increasing volume of functionality during the development process, which differs between the web and mobile visualisation, it creates a big mess in the management and analytics. So choosing the programming languages and designing accurate application architecture (particularly when the platform, content and number of users increases) are quite crucial.

Basically, there were not a lot of learning platforms with mobile apps in 2017, and even now, it’s still like this. That’s what inspired us to start SkillzRun.com.
In creating SkillzRun, we were trying to resolve some of the problems with the web platform, and make the administration ready to handle the features of the mobile and web versions.  The goal was to create a platform simple in terms of administration, and user-friendly for the students, and which would be highly competitive in the market of online learning apps. At the same time, we needed to be able to add new functions without overloading the back office.

We started in 2017 by choosing the most flexible and quick programming languages: react / node.js for the back office and web version and java/swift for the apps. The back office was developed separately from the web display, but as a dedicated ergonomic panel for the administration of content, users and statistics.

Today, the apps and web platforms should take into account the up-to-date requirements of online products, including efficient UI/UX design, animation, ergonomics and many other features.  If you feel ready to discover the platform, do it for free here:

We will be more than happy to receive your feedback!

Try it for free with our consultant

Receive an education management system and mobile application for your students!

Enter your info to receive a free version of the application and try it yourself!

This website uses cookies to improve your experience while you navigate through the website. Out of these, the cookies that are categorized as necessary are stored on your browser as they are essential for the working of basic functionalities of the website. We also use third-party cookies that help us analyze and understand how you use this website. These cookies will be stored in your browser only with your consent. You also have the option to opt-out of these cookies. But opting out of some of these cookies may affect your browsing experience.
Necessary Always Enabled
Necessary cookies are absolutely essential for the website to function properly. This category only includes cookies that ensures basic functionalities and security features of the website. These cookies do not store any personal information.
Non-necessary
Any cookies that may not be particularly necessary for the website to function and is used specifically to collect user personal data via analytics, ads, other embedded contents are termed as non-necessary cookies. It is mandatory to procure user consent prior to running these cookies on your website.
SAVE & ACCEPT